Getting involved pro bono is usually perceived as emotionally enriching and brings exciting new contacts. Pro Bono consulting work for non-profit organizations, for example, calls on the 'wealth of experience' of our consultants. Often these are lectures or short initial consultations free of charge, initially to provide orientation on possible solutions to problems. But also engagements of a few days of intensive consulting work occur.

Our consultants are currently involved in the "Mobile-Retter.de" project and ProjectTogether.org, a platform for charitable initiatives and projects.

Getting involved pro bono is emotionally enriching for me. It often results in interesting new contacts and counterparts. At ProjectTogether, experts, mentors, and coaches can work in a particularly diverse environment and contribute their mostly longstanding professional experience from a wide variety of fields. With lectures and short initial consultations free of charge - sometimes also follow-up consultations - orientation is given as to how, with what effort and what probability challenges can be overcome and "insights" can be gained.

So far, we have been involved with ProjectTogether four times. It started with the role as expert and mentor in the WirVsVirus hackathon in summer 2020, where the focus of the offering was to provide advice on how to collect representative data on the infection situation with suitable samples. In the end, corresponding approaches - although they would have been comparatively very cost-effective and reliable - were not realized. The administrative decision-making processes and approval hurdles in the case of self-testing or by means of screening tests carried out in pharmacies, for example, stood in the way of realization at that time.

Two other short consultations benefited a university in Baden-Württemberg. In one consultation, the setup of a university study with survey was developed and a project structure was developed that fits the existing low budget and yet still offers sufficient quality for the results to be derived and ultimately decisions to be made. In a second consultation, the background of IT education at universities and IT service companies in some African countries was outlined and contacts were established to entrepreneurial engagements in the IT service industry in Africa.

Currently, a lecture for project owners inexperienced in market research is scheduled: when, for what, with which methods and with which cost approaches do data, surveys, initial strategy consultations help in social projects that want to establish themselves as a social enterprise. We are also happy to provide the presentation upon request via contact form.

AAA-Advisors' partners also get involved in our pro bono efforts on a case-by-case basis: for example, our partner Actando is currently conducting a survey for a major aid organization. The survey was originally set up as an in-house do-it-yourself project. In the course of the project, it became clear that internal resources were not sufficient and that external technical and personnel support was needed. 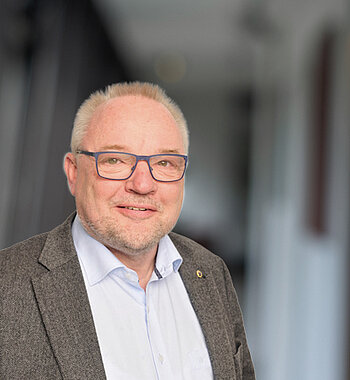 Winfried - formerly at Lufthansa, TNS and WPP’s Kantar- is an experienced Senior Executive Advisor. He loves to advise on innovative products and services based on empirical data, and to transform advice into strategy for brands and customer experience. As a former CTO/COO, he is passionate about tech-driven innovations, especially regarding mobility (Auto, Travel, Transport, Sharing), communication, health, public services, and production.

For the last two years, he has been supporting young tech firms and helped social institutions with pro-bono advice.